For anyone who needs an easy, simple, yet powerful way to ranks their apps higher faster than you've ever thought possibleâ€/span >

Who Else Wants To Try This Easy-To-Use Software That Could Bring A Massive Amount Of Downloads And Five-Star Reviews In Just A Few Simple Clicks?

Introducing: AppStoreBot - Easy-to-use software that could help you get tons of downloads, 5-star ratings, and positive reviews... so you can easily rank your apps regardless of how competitive the competition might be.

Wouldn't it be great if ranking your apps could be this easy? 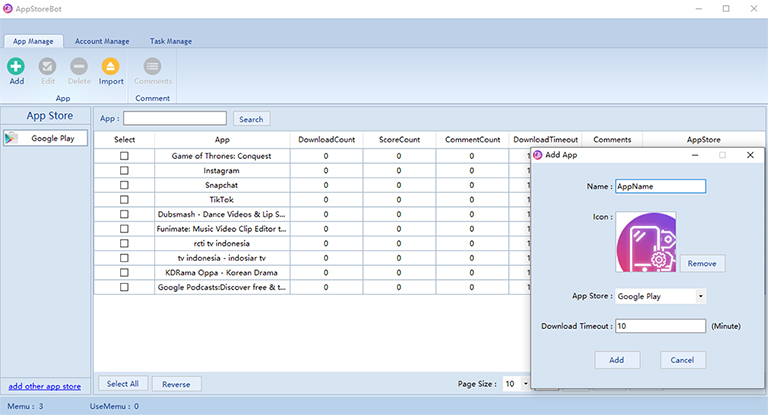 Add your apps to the software 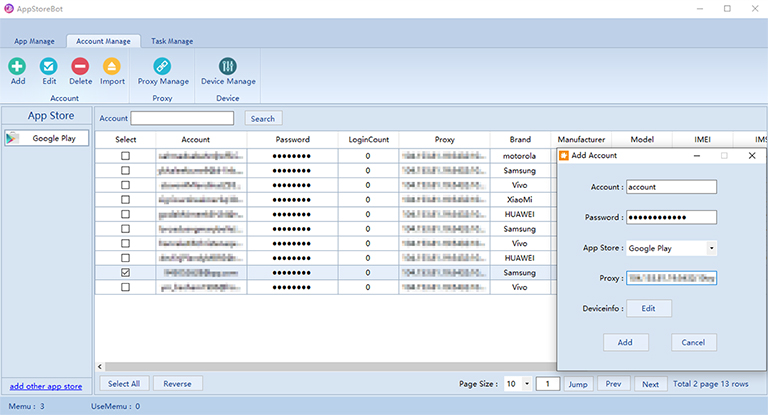 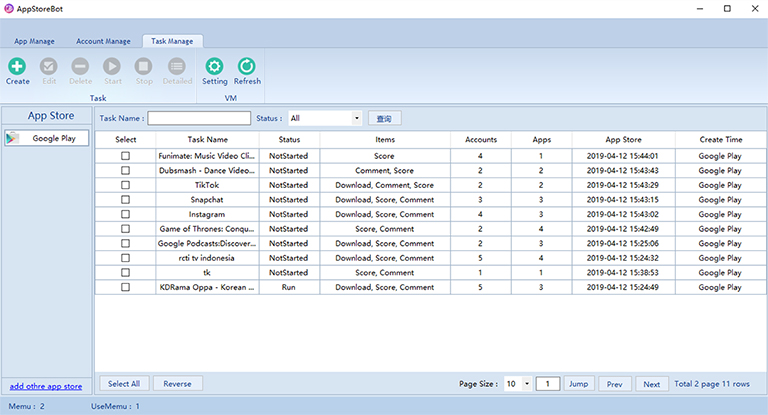 Create a task to choose the accounts you'll use for the task, and all the apps you want to rank higher

Run the task. Then just wait and let this software ranks your apps higher on complete automation

Remember: Before This, You Only Have Two Options To Rank Your Apps

So Why Passively Waiting And Hope People Will Find And Download Your Apps?

Now You Can Use AppStoreBot To Bring You A Huge Amount Of Downloads And Five-Star Reviews In
Just A Few Clicks Of A Mouse!

"Getting even a single app to rank on the top of its categories is extremely hard," said thousands of frustrated app developers.

Let's face it, there's a lot of time, money, and effort you have to invest.

You have to invest a big fortune to do a mass promotion, think of the killer marketing strategy, or going through the endless journey of trials and errors. Otherwise, just passively waiting and wishing for good luck won't get you anywhere.

Yes, even for such a revolutionary app like Evernote that could easily go viral because of its extremely useful features.

How about the mediocre apps like yours and mine?

Unfortunately, you and I have even less chance to increase our apps' popularity without investing money, time, and effort.

As you can expect...

This is where most developers gave up.

Because today, that's just the thing in the past.

With Appstorebot On Your Hands, You Can Flood Your Apps With Tons Of Downloads And Five-Star Ratings At Will. Whenever You Want It - In Just A Few Simple Clicks.

Now, you have a chance to enjoy the top 10 most downloaded apps position - no matter how competitive the competition might be.

Productivity, music, movies, or even the competitive category like casual games... you can dominate them all. All you need to do is spending as few as five minutes in front of your computer. Yes, it's that easy!

Now, sure, AppStoreBot is NOT for anyone.

I have to admit not anyone feels comfortable in using a bot to rank their apps.

If you're one of this people who prefer to keep trying in a hard way, I really wish you good luck.

Otherwise, you should keep reading further to learn all the amazing features of AppStoreBot.

AutomationObviously, this is the main feature of AppStoreBot. This software is packed with everything you need to get thousands of downloads and 5-star reviews. To set up the automation task, you only need to spend 15 minutes. Once you run the task, this software will simulate real smartphone users who download your apps, give 5-star ratings, and leave positive reviews.

Simulate Different Type Of Devices To Download, Give 5-Star Ratings, And Leave Positive Reviews On Your Apps

AppStoreBot has the ability to simulate different type of devices to download and leave reviews on your apps. Not only it will prevent your apps from being flagged due to using bots, but it will also help you attract more users since some people, sometime will check whether the apps work for their device or not.

To make it even closer to 'real human users', AppStoreBot comes with this amazing feature that allows you to make each review you send unique and looks like done by real human users. It also comes with a built-in spinner to make your task even a lot easier.

Run Smart Customized Task Based On Your Needs

In just a few simple clicks, you can set and run a customized task that is created based on your needs. For example, today you choose to let the software to only download your apps without giving rating and reviews... and for the next day, you can choose to only leave positive reviews on your apps. You can also choose which apps you want to boost on the task you'll run. It's so flexible and every task could be tweaked easily.

Want to make it even more automated? Easy. This feature will get you covered. This feature allows you to set up a schedule for running the task. That means you don't need to sit in front of your computer every time to set up and run the task.

Nobody likes to wait for a quite long time to wait for automation software like this to finish its task. Relax, we understand that... which is why we're also featuring multi-thread feature that allows you to run tasks in lighting speed. This feature also allows you to run as many tasks as you want - as long your PC can handle it.

being successful in only a single App Store, if you can dominate them all? Yes, that's what comes to our mind when we developed this software. With our software, you can get your apps rank higher on PlayStore, Apple's AppStore, Amazon, and more!

If you can do a few simple clicks, you can master this software for the first time you start using it. We've made the interface to be very easy to understand by anyone - even for a fifth-grade kid.

This feature will save you a lot of time. It allows you to create accounts in bulk so you don't need to buy accounts or manually create them by yourself. We'll add this amazing feature soon, and you may be the first ones to try it if you use our software today.

AppStoreBot comes with a proxy support feature that prevents your apps from being flagged of banned for using software to boost their rank. To make it even safer and secured, this software allows you to use a unique proxy for each account you use. AppStoreBot currently only supports socks 5 proxy, because of the instability of Socks5 proxy itself, you'd better use a proxy that with username and password.

What You Can Do With AppStoreBot?

Are You Ready To Get Your Apps To Reach Top 100 Ranks Of
The Most Popular Apps?

Start flooding your apps with tons of downloads, 5-star ratings, and positive reviews today with AppStoreBot!

AppStoreBot has been tested on Windows XP, Vista, Windows 7, Windows 8, Windows 10 and MacBook with Windows VM; it's advisable to have a screen resolution larger than 1024x768px for optimal interface display due to the large amount of functionality.